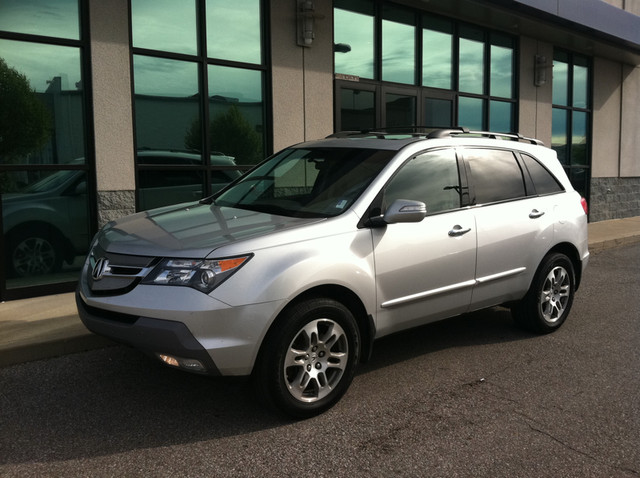 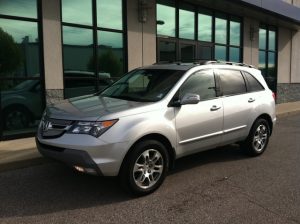 Acura MDX Dent Repair – The cause of the dent is rather common. The Tailgate inherited this dent when the owner backed up into their plastic garbage receptacle. This dent went through the body line which can be difficult to repair without damaging the paint. The stress caused from the impact can produce cracks in the paint, but this was not the case for this vehicle. With this Acura MDX dent repair, we were able to successfully raise the panel back to its factory condition, all while maintaining the factory finish.

While we are using the art of metal manipulation, we are able to “massage” the panel back to it’s original state without damaging the condition of the vehicle or harming the paint. Our techniques preserve the original, factory finish of the car . The original paint is very important as it is very durable and you never have to worry about the paint color matching after it has been repainted. The process of Paintless Dent Removal also saves the individual time and money. This was repaired at a fraction of the cost that a body shop would charge to repair and paint the panel.