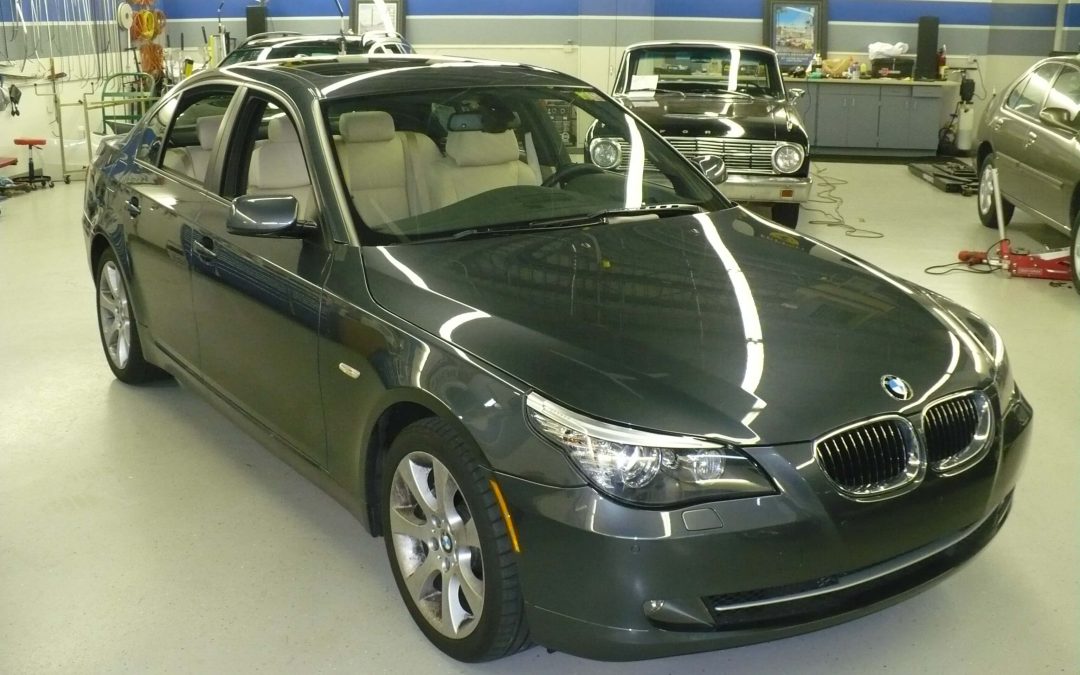 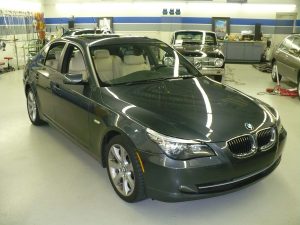 BMW 5 Series Dent Repair – October 25, 2010. Living in Minnesota, most people become accustom to seeing deer. Driving down the road and spotting a deer can be scary, even dangerous. But seeing a deer run through your front lawn wouldn’t necessarily bring that same fear of a collision between your car and a large buck. Unless you share a similar story with Dwayne.

Dwayne brought his BMW 5 Series to Dent Kraft to see if there was anything we could do to help. He explained to us that early one morning, he looked out his front window and saw a deer running across his lawn. The animal was headed in the direction of his driveway where his BMW was parked. As Dwayne had recently purchased his 5 Series, he was a bit concerned the deer may have bumped the side of the car or scratched it. To his surprise, there was nothing wrong with the doors, fenders or bumpers. Instead, the deer decided to go OVER the car!

The result was an extremely large dent with many minor scratches in the roof and rails. Although this is much larger than most dents we normally repair, we decided we were up for a challenge. 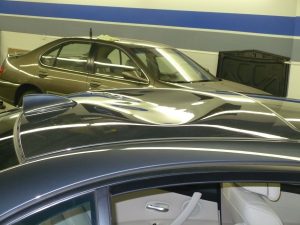 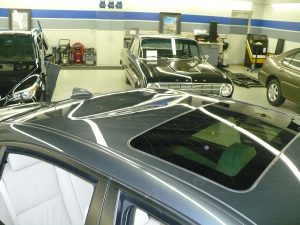 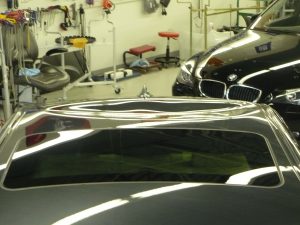 Previous estimates from body shops indicated they would need to cut the entire roof off the car and replace it with a new panel. After that, the roof would need to be coated with primer, sanded and painted. Blending would also need to be applied to match the metallic paint job. The entire process would amount to several thousands of dollars. On top of that, the structure and safety of the vehicle could have been compromised through this process. 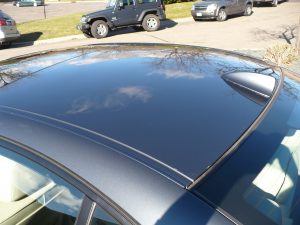 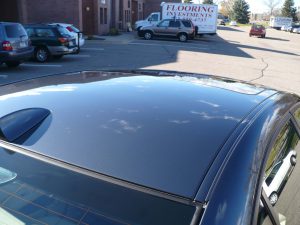 The end result turned out excellent, and with a good buff job, most of the scratches were removed or diminished greatly. Dwayne was very pleased and decided to write a review about us in Angie’s List which can be viewed below. 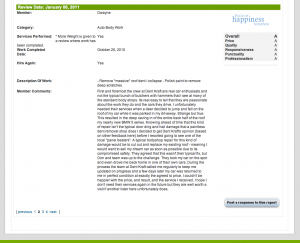