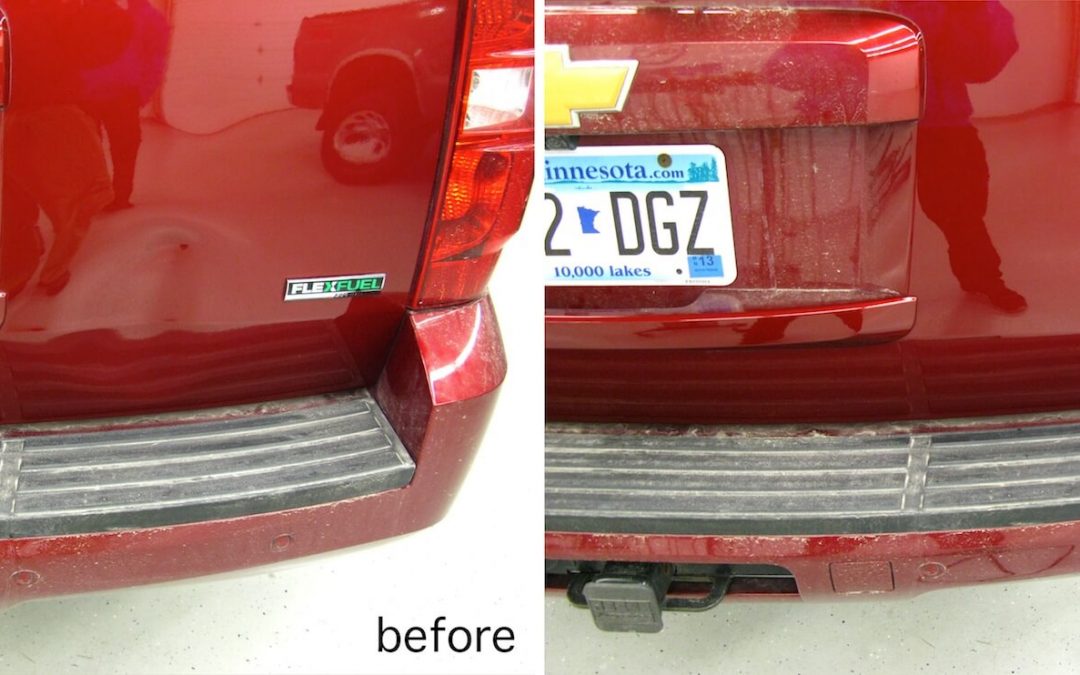 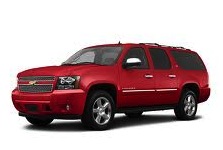 Chevrolet Suburban Dent Repair – The tailgate on this Chevy Suburban had been caved in and the dent ran through the main body line of the panel. The owner was very concerned as she had received an estimate from a body shop which was rather expensive and more than she wanted to pay to have her vehicle repaired. The estimate listed repairs which included body work with sanding, priming and painting. All the material and man hours that would be involved in this type of conventional repair added up quickly and greatly exceeded her insurance deductible. She brought her Suburban to Dent Kraft and we provided her with a quote which was a fraction of the cost of the conventional repair estimate and came in under her insurance deductible. This was helpful to the owner as she would no longer need to file an insurance claim which could possibly raise her rates in the future. Using the fine art of paintless dent removal allowed us to repair this dent flawlessly and the owner was very happy to have her vehicle repaired and save money in the process.

Here at Dent Kraft, located in Wayzata, MN, we use paintless dent repair techniques to “massage” the metal panel back to it’s original, factory condition. The process requires many subtle, precision pokes to reform the panel without damaging the vehicle or the paint. This Chevrolet Suburban dent repair allowed us to save the factory paint job. We also saved the owner from having to take his car to the body shop. Conventional repair found at a typical body shop is not only more expensive, but it is time consuming. A body shop may have your car for several days, if not a week, in order to repair your vehicle. A dent like this can be repaired using paintless dent removal techniques within a day or two.