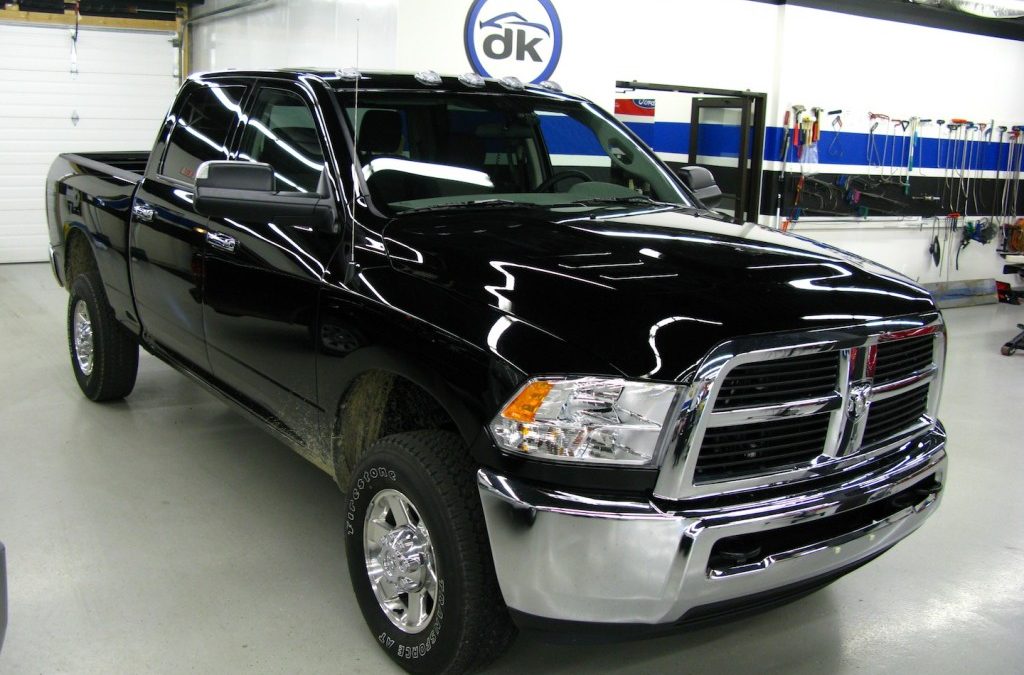 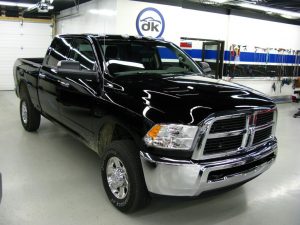 Dodge Ram 2500 Dent Removal – This customer came to us with damage to his driver’s door. He explained to us that he and his friend were removing the emblems from the vehicle and in the process, these dents occurred. They were small and shallow, but the damage was over an extensive area the size of a basketball. Using paintless dent repair techniques, we removed these dents within an hours time and saved the customer money over a visit to the body shop.

Here at Dent Kraft, we use techniques of the fine art of paintless dent removal to “massage” the dented panel back to it’s factory condition. This involves several precision pokes to reform the panel without damaging the vehicle or the paint. This Dodge Ram 2500 dent removal allowed us to save the factory finish paint job and we saved the owner the hassle of having to take his car to the body shop. Conventional repair is not only more expensive, but it is time consuming. The owner would have had to do without his truck for several days. At Dent Kraft, we repaired the door dings in an hours time.