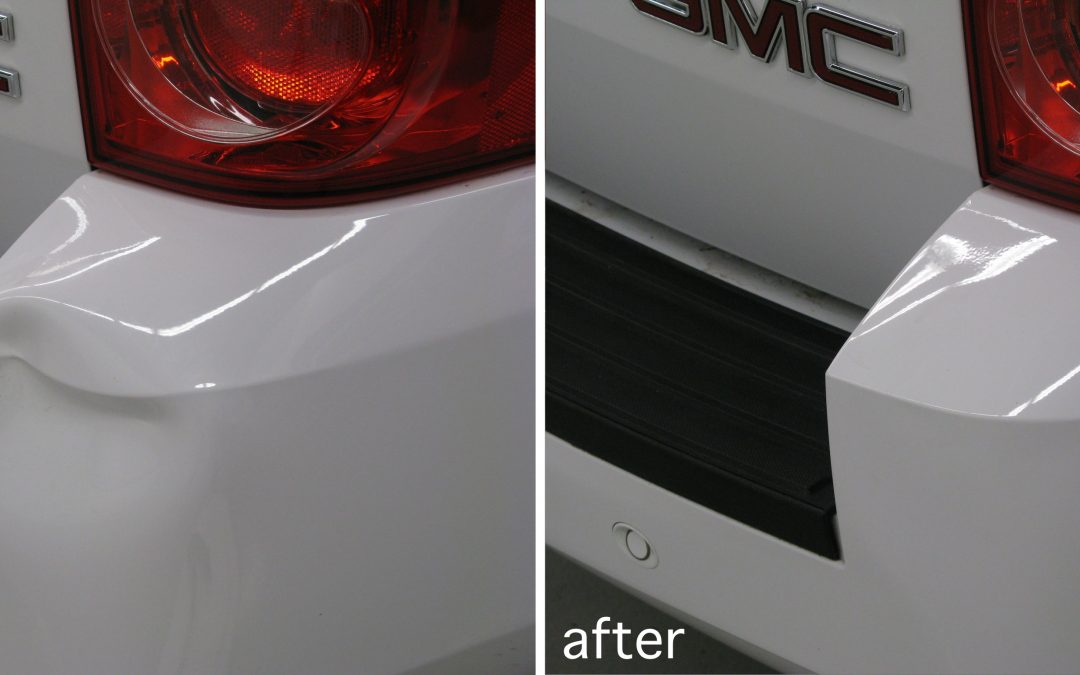 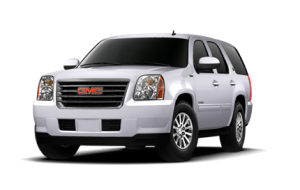 GMC Yukon Dent Repair – Here at Dent Kraft, we often see dents of this nature. Bumper covers that are made of molded plastic can be repaired using a heat source and techniques from the paintless dent removal process to remold the cover. In circumstances such as this, we can rework the panel without causing any damage to the paint. We are even able to pull out more severe damage from a bumper. Damage that would call cause to replace the bumper cover, instead they would only need to paint. This allows the customer to save time and money. In the end, this bumper cover turned out perfect and the customer was very pleased.

Applying our skills that we have acquired through paintless dent removal, we are able to “massage” the bumper covers back to their original shape without damaging the structure of the vehicle and without stretching the plastic. This technique preserves the original cover and the owner did not have to buy a brand new bumper . This process of bumper repair using our specialized dent removal techniques prove to save the individual time and money. This GMC Yukon dent repair was completed at a fraction of the cost that a body shop would charge to repair or likely replace the part.