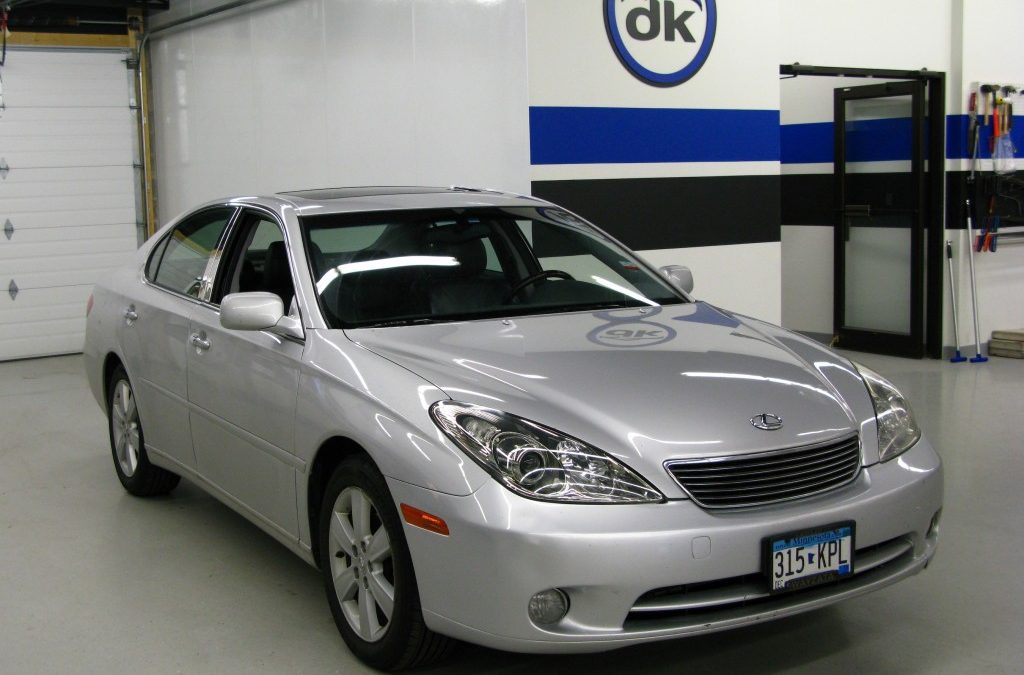 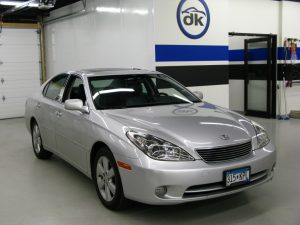 Lexus ES300 Dent Removal – This is another example of a common dent found in many types of vehicles. Parking lots, garages and ramps can be very narrow and difficult to maneuver through. Accidents happen and minor damage may be the result. In this case, just the bumper cover had been affected. The corner was caved in and there were minor scratches and transfer paint. Here at Dent Kraft, we were able to buff the bumper cover to remove the surface blemishes. We then applied our paintless dent removal techniques with added heat to remove the indentation. The paint remained intact and did not require any further repair. The Lexus ES300 dent removal was successful and the customer was very pleased they would not need to repaint the front bumper.

We are able to apply our skills that we have obtained through paintless dent removal in order to “massage” the bumper covers back to their original shape without causing damage to the structure of the vehicle. These techniques preserve the original plastic cover and the paint stays intact. This saves the owner from having to buy a brand new bumper and then repaint it. This process of bumper repair saves the individual time and money. This Lexus ES300 dent removal was completed at a fraction of the cost that a body shop would charge to repair or likely replace the part.

Paintless Dent Removal saves you money for the repair cost and also saves you money on your insurance costs as well. A conventional repair found at a body shop would require a paint job and possibly a new part. The estimate would likely be over your insurance deductible. This may require you to file an insurance claim, which could possibly raise your rates. That same dent can be repaired using Paintless Dent Removal at a price below your insurance deductible. Therefore a claim does not need to be filed, saving you money in the long run.