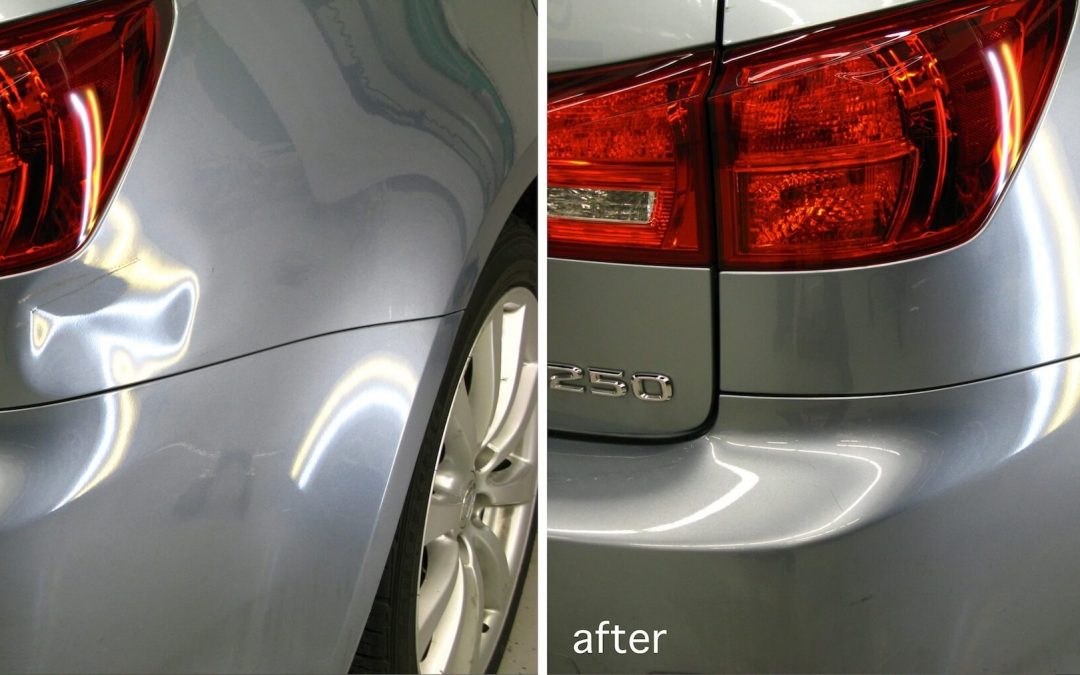 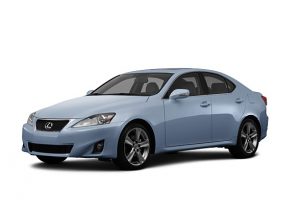 Lexus IS250 Dent Removal – At Dent Kraft, located in Minnetonka, MN, we are able to remove large dents on all types of vehicles. This large dent was removed using the Fine Art of Paintless Dent Removal. We gained access by removing the tail light. From there, we applied pressure from behind the dent on the inside of the panel. We use hundreds of very small pokes with our rod iron tools to “massage” the metal until it returns to its prior shape. Unfortunately, the accident that caused the dent also scratched the clear coat, leaving faint marks in the paint. However, the customer was very pleased to have the dent removed and he said it was very difficult to see the scratches.

Here at Dent Kraft, we use the fine art of metal manipulation. This process allows us to remove all kinds of dents, dings and damage caused to vehicles without harming the structure of the vehicle or the paint. This technique preserves the original, factory finish of the car. This factory finish is important because it is more durable than having your car repainted and you don’t have to worry about color matching between panels. The process of Paintless Dent Removal also saves the individual time and money. This Lexus IS250 dent removal was performed using paintless dent repair techniques at a fraction of the cost that a body shop would charge to repair and paint the panel.