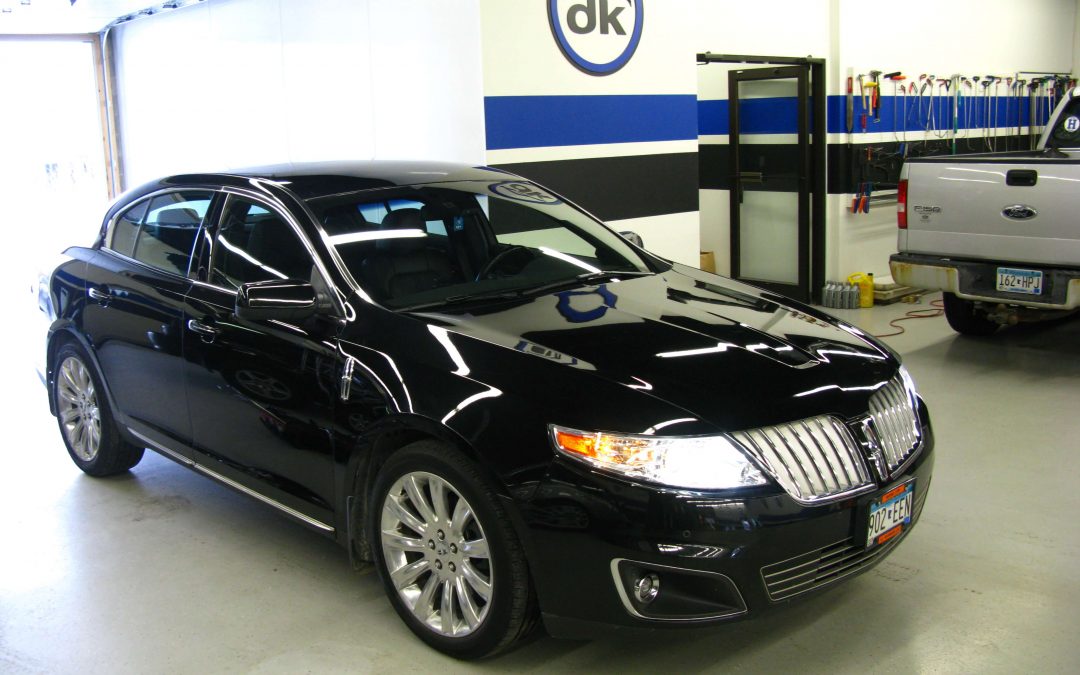 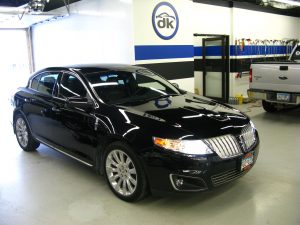 Lincoln MKS Dent Repair – This car was involved in an unfortunate accident involving an icy driveway. Many people living in a Northern climate will understand how easily a car can slide on an icy driveway or road. The rear passenger door had a large crease in the center of the panel with minimal damage to the paint. Only minor scuffs that we were able to buff out. Surrounding the large crease were several smaller dents and buckles caused by another vehicle sliding into the Lincoln at slow speed. With this Lincoln MKS dent repair, the paint was only slightly scratched. We were able to repair the damage using the fine art of paintless dent removal which saved the original factory paint.