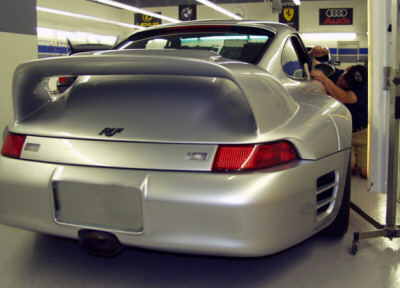 Paintless Dent Removal MN training facility located in Minnetonka MN is a highly specialized type of training. To become the best at training in paintless dent removal, you need to be an excellent PDR technician. Don Kavanagh is known in the PDR industry as one of the best. He originally trained with an instructor who learned PDR from the BMW factory in Germany. If you want to start your own business in paintless dent repair, work your own hours and be in control of your own destiny,  then call Dent Kraft PDR today and inquire about our in house specialized paintless dent removal training program. We offer very specific, individualized, one on one, training in PDR. Our program is an eight week course with options for additional eight week periods. We limit classes to a small number of interviewed participants. Don Kavanagh has been working in PDR since 1991. His business, Dent Kraft PDR, has reached a point where he wants to add more highly trained PDR techs, so call today.

Paintless dent removal training in Minneapolis MN involves working with our custom designed PDR hand tools and mallets where each dent is meticulously removed by hand. Maneuvering behind each dent, we apply pressure to the dented area, reshaping and molding the metal back to its original condition while preserving the original finish, hence, paintless dent repair!