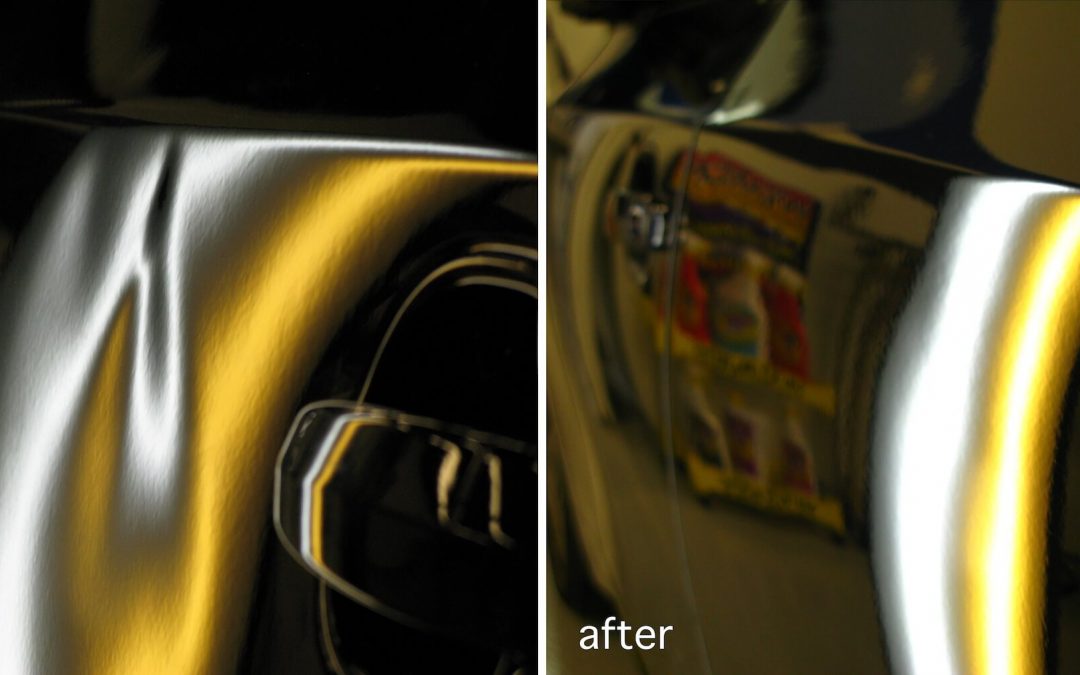 BMW 7 Series Dent Repair – This was a larger dent with “softer” attributes. We did not see a sharp crease or deepness to the dent. These can be challenging because the dent affects such a large area and more time is required to ensure the panel is repaired correctly. At first glance, you may notice the dent to be the size of a golf ball. Further examination reveals the damage is more substantial. When a panel is hit with a more blunt object, it causes a ripple effect in the metal, similar to that of a ripple in a pond. In reality, the dent is more like the size of a football or even a soccer ball. With precision dent removal techniques, we were able to remove the dent and adjust the panel shape to its flawless condition.

Here at Dent Kraft, we used techniques of metal manipulation for this BMW 7 Series dent repair. With these techniques, we were are able to “massage” the panel back to it’s original shape without damaging the structure of the vehicle or harming the paint. Preserving the factory finish of the car’s paint is very important as this original paint job is very durable. The process of Paintless Dent Removal also saves the individual time and money. This was repaired at a fraction of the cost that a body shop would charge to repair and paint the panel.