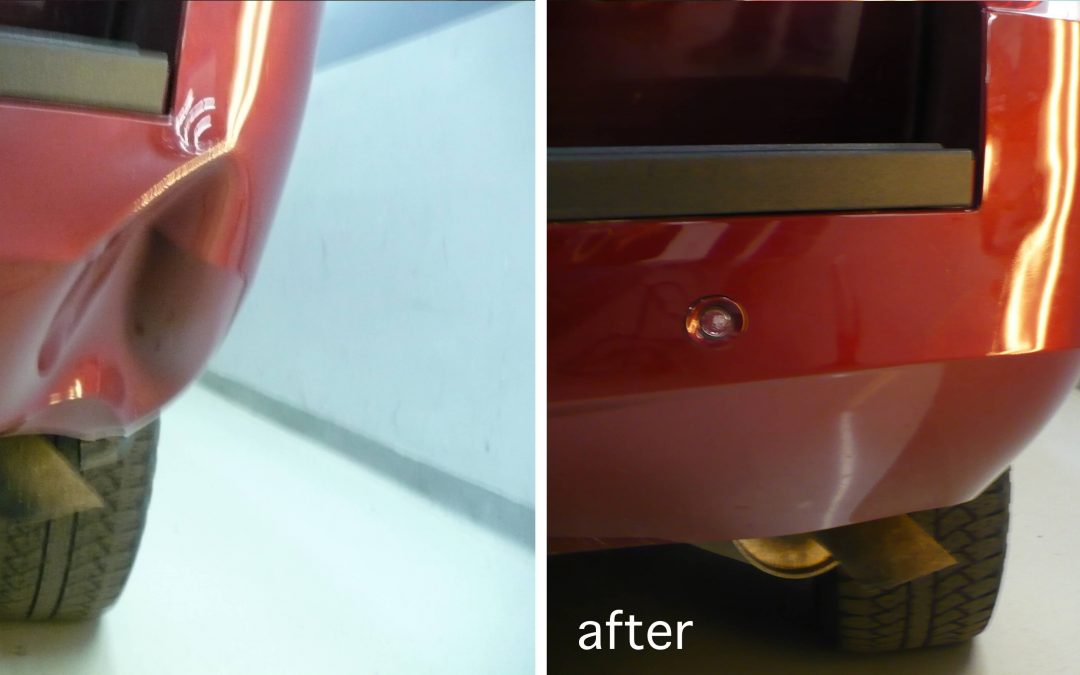 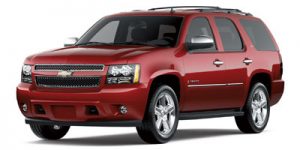 Chevrolet Tahoe Dent Repair – This dent located in the rear bumper cover is a very common dent. Large vehicles have blind spots and can be hard to see objects when backing up. Even with new sensors that alert the driver to objects near the vehicle, this type of damage is common place. Fortunately, we can repair this damage with minimal harm to the paint. Because the covers are plastic, we can reform them with a combination of heat and our paintless dent removal techniques. Due to the initial accident, the paint cracked on this bumper, but because it is plastic, it will never rust.

Using the skills we have acquired through the fine art of metal manipulation, we are able to “massage” the bumper cover back to its original shape without damaging the structure of the vehicle and without stretching the plastic. These techniques preserve the original cover and the owner did not have to buy a brand new bumper. This process of bumper repair using the techniques of Paintless Dent Removal provide savings of time and money to the individual. Chevrolet Tahoe dent repair was performed at a fraction of the cost that a body shop would charge to repair or likely replace the part.

Dent Kraft PDR is also green, as we do not use any chemicals in the Paintless Dent Removal process