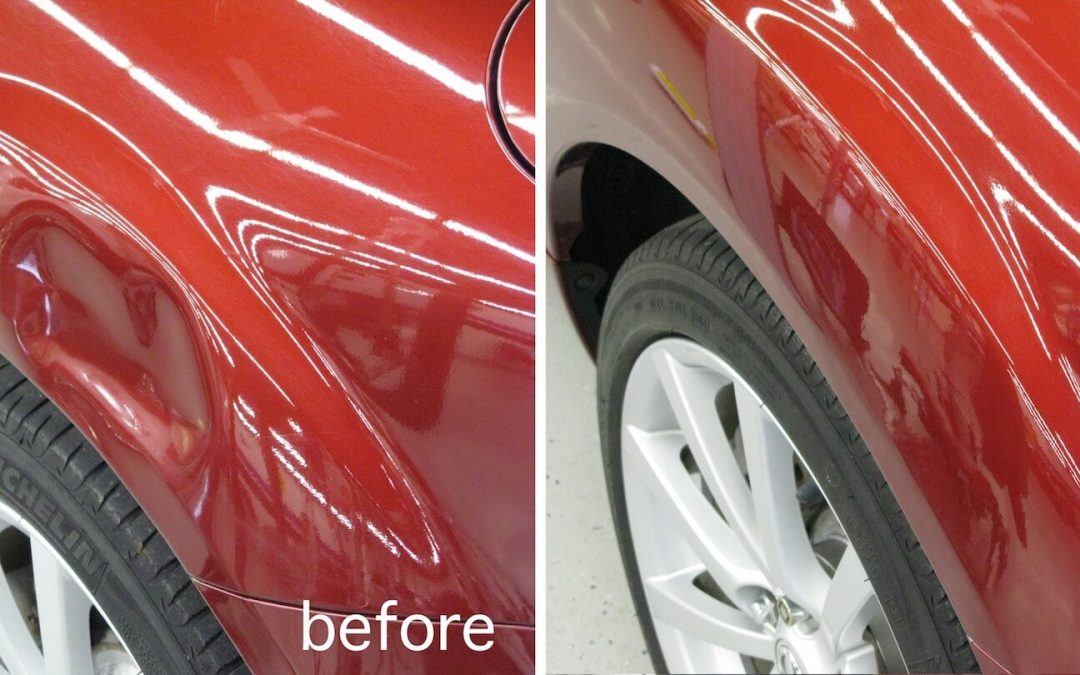 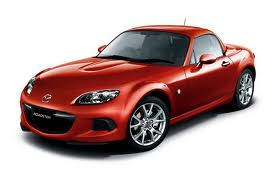 Mazda Miata Dent Repair – This was a large dent located in the rear quarter panel, through the body roll. We see many similar dents compared to this one as the fenders and quarter panels are prime targets for dents. These panels tend to flare out farther than the doors on most vehicles. There was ample access within this panel which allowed us to perform precision paintless dent removal. As the picture shows, this dent came out near flawless with only the slightest dimple near the edge of the wheel well. This is due to the fact that the metal is “pinched” at the edge and is very difficult to obtain 100% dent repair, but we were able to give it a nice illusion and make the dent disappear.

When applying the techinques of the fine art of metal manipulation, we “massage” the panel back to it’s original condition. Paintless dent removal uses several precision pokes to raise the dented area without damaging the structure of the vehicle or harming the paint. This process of Mazda Miata dent repair preserves the original, factory finish of the car which is very important as the original paint is more durable than any follow up paint job. You also don’t have to worry about matching the paint color that is being resprayed. The process of Paintless Dent Removal can also save the individual time and money. This was repaired at a fraction of the cost that a body shop would charge to repair and paint the panel.