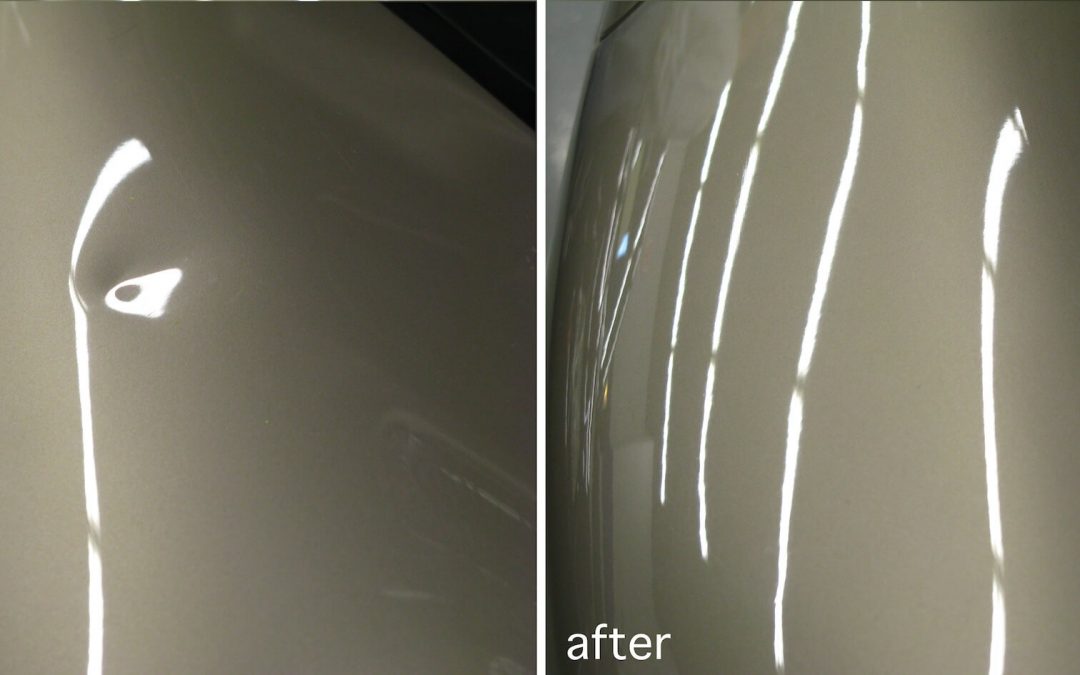 Porsche 911 Carrera Dent Removal MN – This car came in to our shop during the Spring thaw after the snow melted and the salt was washed from the roads. The owner stored this car for the Winter and was distraught to find his car had been dented while in storage. Luckily, the paint was not damaged and he brought his Porsche to Dent Kraft, located in Minnetonka, MN. We applied our special paintless dent repair techniques to remove the dent and the customer was very pleased with the end result.

Dent Kraft technicians use the fine art of paintless dent removal to “massage” the dent panel back to it’s original shape. This process consist of several precision pokes to manipulate the metal without damaging the structure of the vehicle or harming the paint. With this Porsche 911 Carrera dent removal, we saved the factory paint job, at the same time, we saved the owner the hassle of having to take his car to the body shop. Conventional repair consists of adding filler to the damaged panel and then repainting the affected area. This requires blending into adjacent panels and does not guarantee an exact color match. Many colors, including this metallic gold paint, would be difficult to match due to the fleck in the paint. The process of Paintless Dent Removal MN can also save the individual time and money. This was repaired at a fraction of the cost that a body shop would charge to repair and paint the panel.